Crossfit is a constantly varied fitness program that focuses on intense functional movements but it lacks some that may help you stay healthy. This post will help you learn how to program anti-rotation exercises into your accessory programs for Crossfit. Doing this will keep you healthy and training harder, longer.

This post is part of our series on accessory programming for functional training programs like Crossfit. Click the links to view other posts in this series:

Crossfit is generally inclusive, meaning that using a variety of exercises is a key goal of the programming. It also utilizes a lot of movements that I think are very valuable.

Despite the many benefits of this training style, the programming does have some shortcomings. I’ve worked with hundreds of athletes following dozens of different programming styles and I see some consistent gaps in their movement paradigms.

Most of these movements do not fit the standard programming criteria of Crossfit. Therefore I propose two thoughts on how to work them in.

More on these later

Here are several different movement types that I would like to see more of in Crossfit boxes, regardless of how you fit them in.

If you’ve ever gone to a Crossfit class then you’ve probably heard the term midline stabilization. This term refers to the ability to keep your spine in its optimal, “neutral” position while moving.

Crossfitters get a LOT of exposure to stabilizing against forces while moving forward or backward, in the sagittal plane. Examples of sagittal movements in Crossfit are:

Rotation is a movement that is pretty rare in Crossfit and subsequently so is anti-rotation. This means Crossfitters don’t get a lot of opportunities to stabilize against forces that are trying to make them rotate in one form or another.

If midline stabilization is so important in Crossfit then shouldn’t you be able to stabilize against forces coming from all directions?

How can you expect to stabilize against forces that you are never exposed to?

While the sport of Crossfit may not ask you to stabilize against rotational forces I can promise you that life does.

Furthermore, if you add some anti-rotation training to your Crossfit accessory programming I can also promise that you will become better at stabilizing in the sagittal plane as well.

Here are a few simple anti-rotation exercises to add to your accessory program.

If midline stabilization is so important in Crossfit then shouldn’t you be able to stabilize against forces coming from all directions?

Chops and Lifts are excellent anti-rotation exercises. They promote a stable midline by resisting rotation in a half-kneeling position. This position places the lower body in a position that most people aren’t very familiar with and it can really tax your hip and spine stability. They are hard to program into metcons but you can easily sneak them in between lifts or add them to an accessory program.

The key is to maintain your position through the entire movement. Your arms and shoulders should move but your spine and hips should not.

Similar to the Half kneeling lift the Paloff press is difficult to program into metcons but is great for warm ups and accessory work.

Resist rotation towards the rig! The further your hands get away from you the more rotational force you will need to resist and thus the harder it gets. Make sure you do this facing both directions to guarantee balance.

To increase the difficulty you can use a heavier band OR you could try switching up your stance; tandem, split, and single leg standing are great places to start. Mixing it up will challenge your hips and core to coordinate more efficiently.

This exercise is a double whammy. You swing just like a standard 2-handed swing.

Because the kettlebell is in one hand it will tax your grip heavily AND try to pull you into rotation at the bottom of the swing.

This means that you will need to resist the rotation in order to swing the kettlebell back up (a little rotation is OK though).

As with any other swing, you should be generating force at the hips and the arm acts like a rope, anchoring the kettlebell to your torso.

In my opinion, we should be doing more of these in conditioning workouts because learning to control the midline against rotation while fatigued is very important.

So this one can be added to an accessory training program or used in your regular workouts, just sub for 2-handed (Russian) kettlebell swings

Even though these types of movements are scarce in traditional Crossfit and other functional fitness programming they are extremely beneficial.

The ability to stabilize in multiple planes of motion allows more muscle fibers to be recruited and therefore improve core engagement on your big lifts like squatting and deadlifting.

Adding some anti-rotation exercises to your accessory programs will, therefore, improve your overall performance in Crossfit as well as keep you safe.

Make sure you follow along to get access to the entire Accessory Programming for Crossfit series by signing up below.

By signing up for our newsletter you will also get 5 FREE SESSIONS of our daily mobility program – Daily Tonic: Movement For Life 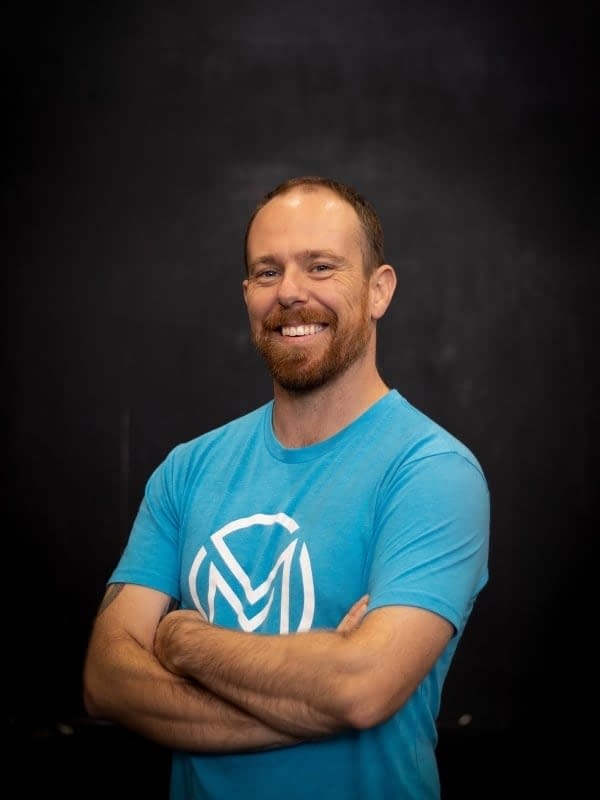 Ian has been practicing as an Athletic Trainer for over 14 years. More than half of which have been spent with military forces including US Marines and Air Force Pararescue. He loves sharing and is enthusiastic about helping anybody who wants to move better and train pain-free.